A superlight and remarkably strong watch from Graham

Luxury
On May 8, 2021
Share
The Graham Superlight Carbon Skeleton weighs less than 100 grams. Its 47mm case is formed of epoxy resin infused with a red dye, while the widespread use of 3K carbon further contributes to the model’s featherlight mass. The open-worked dial reveals various components in motion and the chronograph trigger delivers an ergonomic interface between the watch and its wearer. Despite having a low mass, the model’s torso remains remarkably strong. Within its structure are metallized carbon fibers, presented in bronze tones, bestowing contrast. 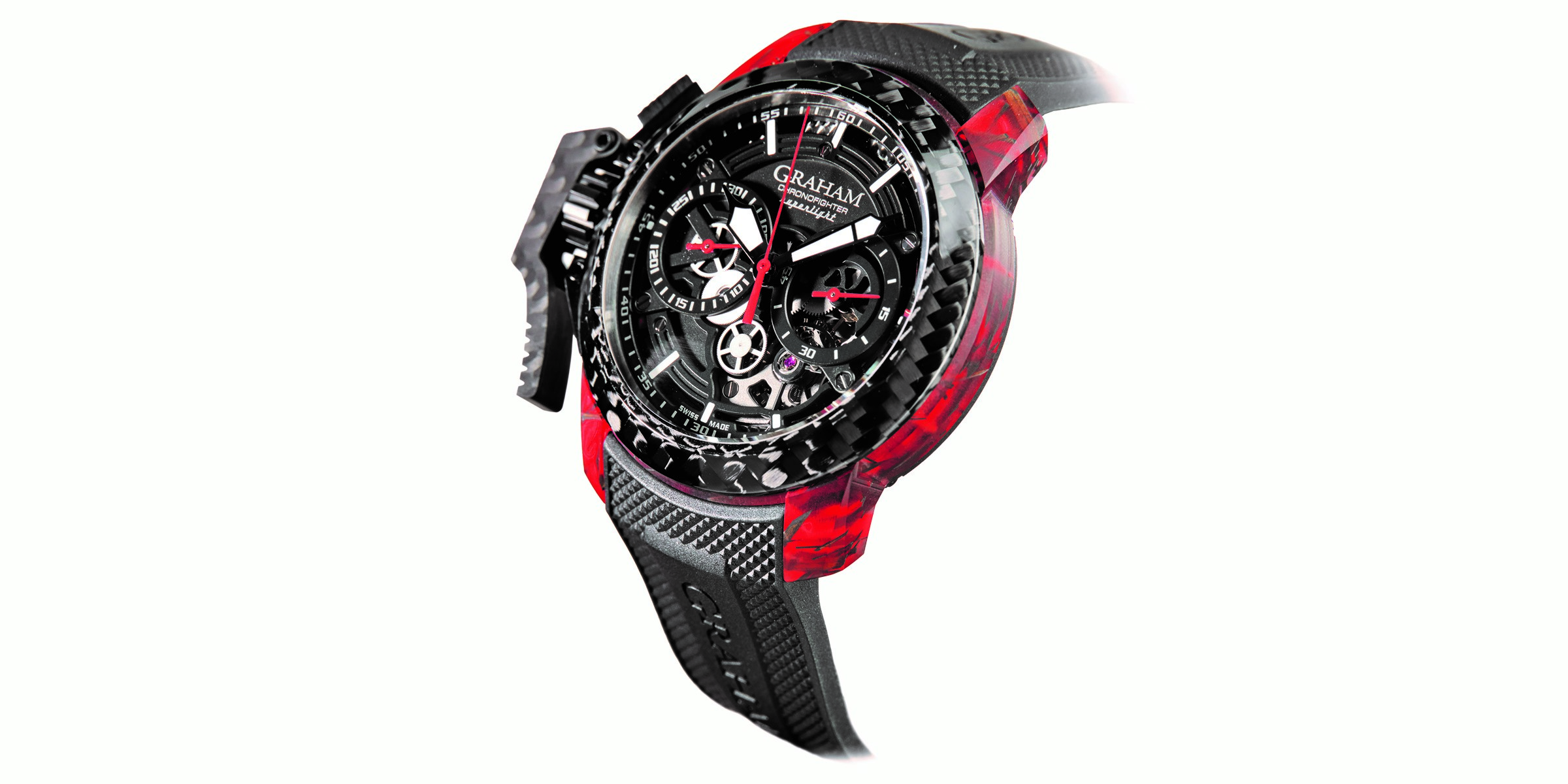 The Graham Superlight Carbon Skeleton is equipped with the brand’s legendary thumb-operated trigger, positioned on the left side of the case. This instrument is operated using the thumb, the fastest acting digit. With this design, a right-handed person will instinctively place their plumpest digit on the trigger and press it intuitively at breakneck speed.

Another key benefit of positioning the crown and trigger on the left is that it provides superior wearer comfort. Often when a watch is worn and the wearer flexes their wrist, the protrusions on the right flank of the case gouge the wrist, chafe the skin or inhibit free movement. No such problems affect the Graham Superlight Carbon Skeleton. Lastly, the trigger is formed of 3K carbon, again contributing to the model’s low mass.
The black rubber reset pusher, embellished with Clous de Paris decoration, delivers notable grip, a useful attribute during the heat of competition. In common with all Graham chronographs, the Superlight Carbon Skeleton demonstrates the company’s overriding obsession with ergonomics.
Graham doesn’t do ordinary or bland. Its watches are intended to engage with hearts and minds. The Superlight Carbon Skeleton features an open-worked dial revealing several naked components that are usually hidden from view. Prominent hour and minute hands, lined with Super-LumiNova, come to the fore to lucidly convey the time. Two counters, a 30-minute register at 3 o’clock and a small seconds counter at 9 o’clock, employ red hands to impart meaning. The dial is framed with a black carbon (3K) bezel combining black and grey hues, underscoring the sporty character of the watch. For more information or to purchase the watch, visit their website.
Share